My role in helping shape the storytelling of Game of Zones was primarily on the side of adding additional writing support for NBA references that would be built into the world of the show. The challenge here was finding creative ways to work in layered and complex references and jokes that would resonate on different levels. This included visual gags and storytelling that would be a nod to certain drama or jokes that occurred throughout the course of an NBA season or during a player's career. Then once the episodes were completed by our talented animation team, my role was to help find ways to optimize the programming and promotion of the show in different and innovative ways. 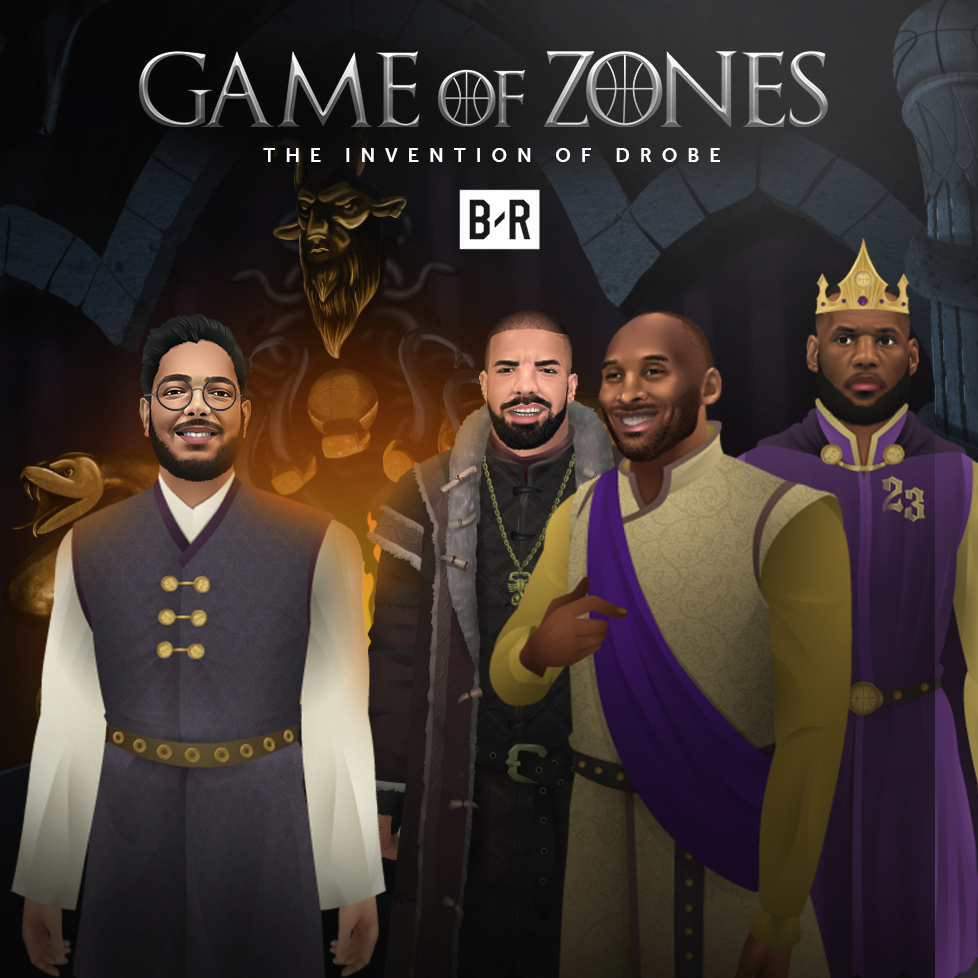 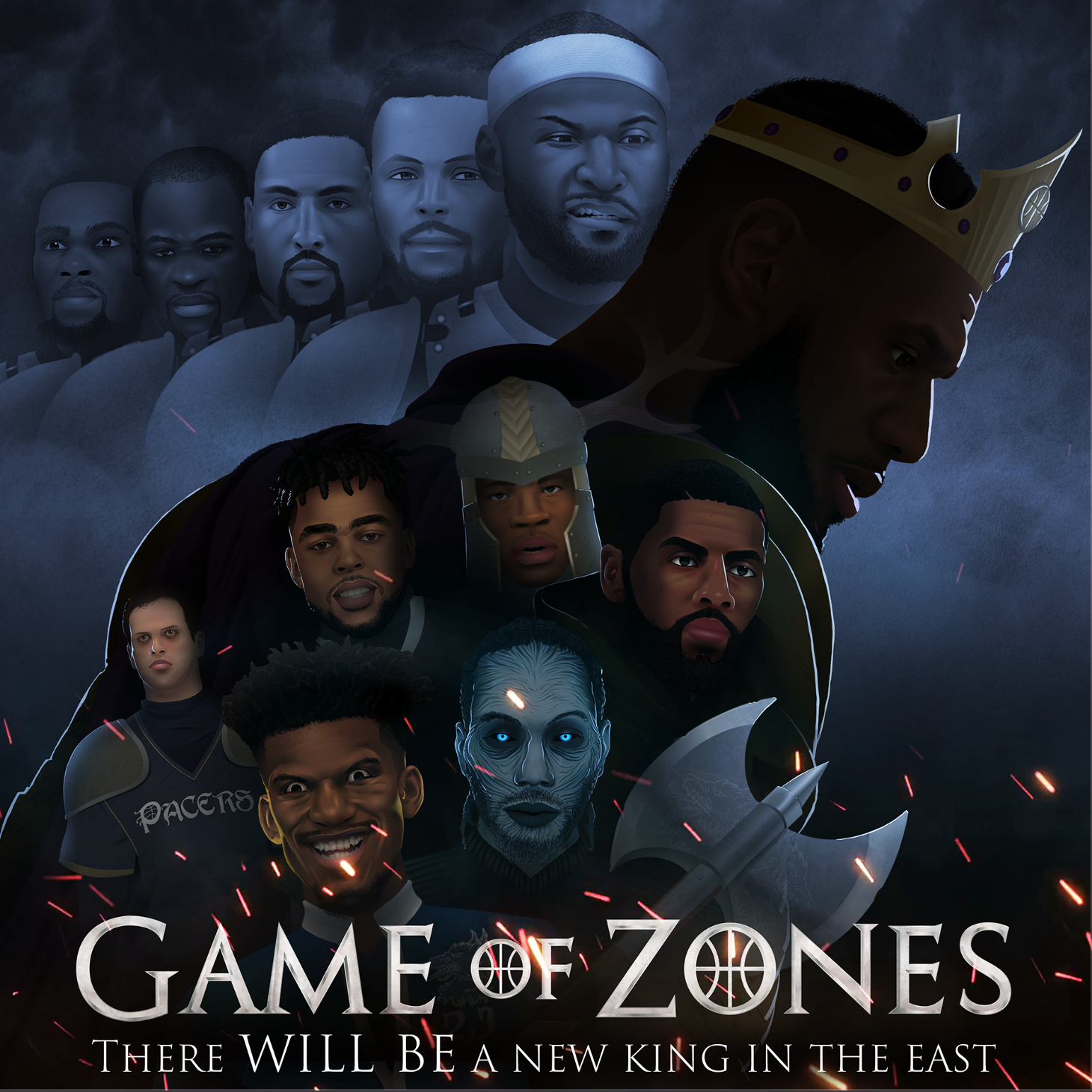 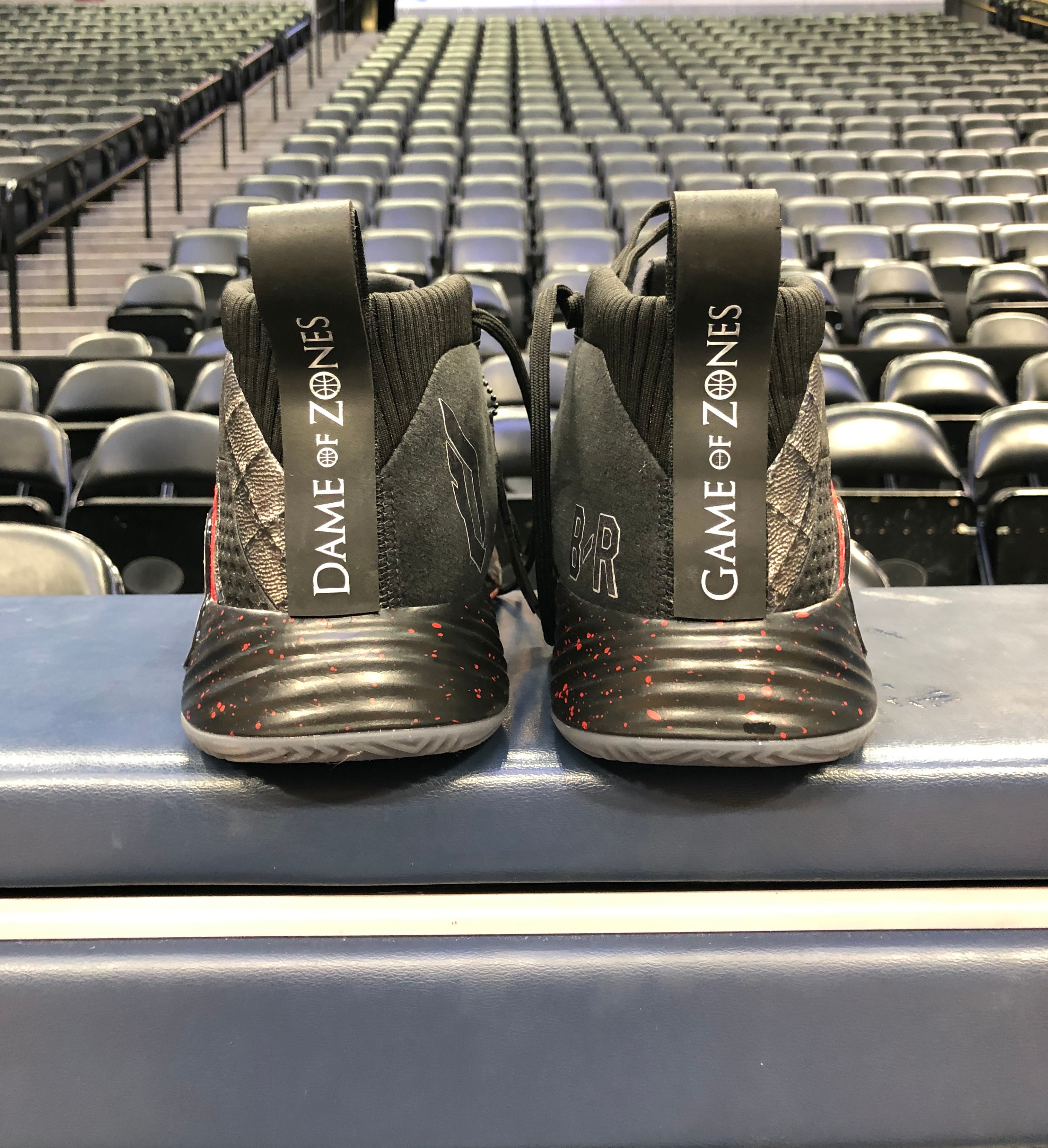 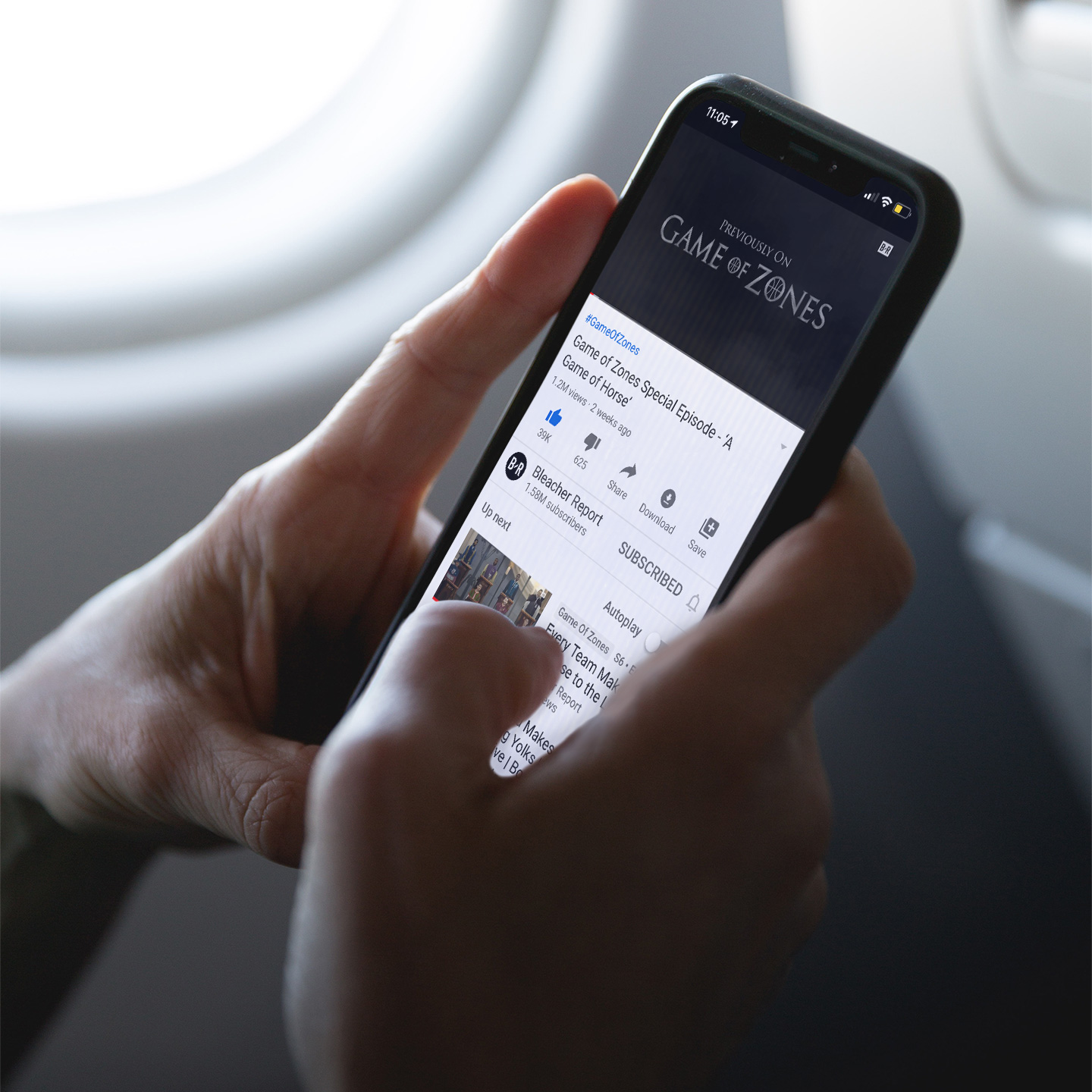 My role in the Game of Zones production was often to come in as a creative consultant on episodes during the early writing process to suggest layers of NBA references and deep cuts that would resonate with some of our more hard core fans. I was given the oportunity to work with the creators of Game of Zones, Adam and Craig Malamut, from the start of the series as a creative consultant who gave them insight into deep seated NBA narratives. My extensive knowledge of NBA culture and the type of things r/nba would notice was useful in shaping storylines and layering in jokes that the biggest NBA fans would understand. The first couple of episodes were more focused on taking direct Game of Thrones scenes and filling in NBA players as analogs, and as the series would develop into more of it's own lore and storyline I was able to provide a deeper level of feedback.

I helped develop storylines and references in episodes and then consulted throughout future seasons as well. Furthermore, I helped build out more digital touchpoints for the brand, whether that would be promotional material for lower thirds on NBA on TNT or a Game of Zones Augmented Reality Filter. Another aspect of the show that I helped in was the analytics and programming of the show on youtube. I helped develop an effective strategy to build audience for the episodes and gain early traction to increase engagement. Various techniques that we implemented improved viewer retention by over 40% and increased overall watch time by 32% season over season. These insights allowed the team to build release plans and organize a better posting cadence based on user behavior and audience expectations.

Outside of helping come up with storytelling elements and helping build the plot of the episodes, I also took an advisory role in developing the programming strategy for much of the show. Game of Zones was programmed on Youtube as a serialized web show and I played a part in building out and optimizing the social programming strategy that led to the show becoming a staple on the youtube trending page. The show reached the highest possible Google Trends search index score of 100 during the 5th season with a perfectly timed and categorized release of one of our more easter egg laden episodes in the "NBA 1K" video and we continued to reap the rewards of category centric programming. Being in the writers room in early stages and working in references that we would utilize and highlight in the programming strategy allowed me to help us amplify key sections of the video that would resonate with our audience.

This led to an evolution in our programming plan where we would work in instagram story sticker releases or pre-made clipped GIFs of the show to aid in user engagement. We also implemented a marketing push for the show featuring targeted lower thirds graphics on NBA on TNT along with in app house ad promotions. The coordinated  multipart marketing campaign touched every corner of culture and got people searching for more by the millions. In addition to this, the multifaceted strategy also featured a honed in youtube programming plan and implemented new end cards which increased overall view time by over 32%. The promotional strategy for the show led to an increase in viewer retention and overall season by season engagement on a per episode basis. Game of Zones eventually became a staple of the Youtube trending page while averaging a total of 5 Million+ views in 24 hours for each new episode along with over 200K engagements across all platforms in the same time period.

Another aspect of this strategy was maximizing on promotional value provided through house ads on Inside the NBA and leveraging youtube programming to build on search interest generated from the television features. We coordinated in app push notification programming and efficiently scheduled the alerts to coincide with a second screen experience for those watching the game or following along in the team stream app. This process required working in concert with our team of social programmers to find and develop incentivized measures that highlight a comprehensive growth strategy for App downloads. Whether this was focusing on linear and digital coordination, or more digital focused initiatives such as youtube annotations and poll features, exclusive content that would be gated behind the app download, or exclusive content available on specific social channels to drive consumer engagement and excitement. Working in conjunction, these features allowed for an expansion of the show's user fanbase and eventually a deeper connection with fans.

Around this time we also began programming episodes of the show on our snapchat discover editions and had to find unique and creative methods to integrate longer form widescreen content on a largely vertical video platform. One of the incentives to programming episodes on our Discover channel was releasing them at 8am rather than the time we would make our youtube links public at noon. This drove audience to our discover editions at a very high clip and we would often see over 1 Million views on episodes programmed there. This strategy was later applied to our IGTV uploads. The strategy there was to do a vertical cut for the 15 seconds, before displaying a "Tilt to Watch" bumper to encourage users to experience the show in widescreen. Between Discover and IGTV we would accumulate upwards of 2-3 Million extra views each episode.

This type of strategy also was amplified through channels such as reddit or youtube where we encouraged discussion and built in special incentives to find and discuss easter eggs. Following the 80-20 rule, we focused on the small subset of Game of Zones superfans who interacted with the content at a much deeper level that required multiple viewings and analysis to breakdown the layers of references and jokes packed into every frame. Not only did this result in a cult like following where the early snapchat premiere would be discussed on twitter and then the youtube publish would be screenshoted and subsequently broken down on reddit before being analyzed by other youtube creators such as NAK who grew their own fanbase solely as someone who found and explained easter eggs in the show. In this way the community that formed around the show had multiple touchpoints to interact with our content.

In the 2015 NBA offseason, coming off the heals of their championship run, Golden State Warriors Head Coach Steve Kerr requested a custom Game of Zones episode as something to show the team during training camp. We were tasked with creating an episode featuring specific jokes and references directly from the players themselves. I helped organize a behind the scenes look at the players reacting to the episode along with a programming plan for the release of the clip and putting together an article that looked at the making of the show. Kerr's idea clearly worked, as the players were laughing hysterically and the screening was a light-hearted, fun gesture, and one that helped keep the Warriors loose and focused going into the regular season.

An infusion of pop culture was often times my role in the writers room for Game of Zones whether it is advising certain easter eggs like the Travis Scott Astroworld head in the background of Rockets episodes, Drake's story arc in the Raptors epiosodes, the introduction of Kendall Jenner in the Clippers episodes with Black Griffin or various sneaker references such as the Kobe 9's that Demar DeRozan would wear, the Spongebob Squarepants inspired Kyrie's or the custom gold plated PG13's that were shown in the show. This cultural thread was something that would tie tougher the inherent NBA drama and rich characters of the league with the epic Game of Thrones references and storylines, creating a triad of referential humor that our audience ate up.

Another aspect of cross promotion of the brand included working with the BR Kicks team to leverage our relationships with Adidas and Damian Lillard through our marketing arm to develop and release and exclusive pair of "Game of Zones" Adidas signature Dame 4 sneakers. Our original concepts ended up being a bit lofty in that we were hoping to attempt having dry ice on the bottom of the shoe to replicate a white walker. However we were able to pivot to a more realistic custom color way and design quickly enough to be produced for a primetime matchup against the Denver Nuggets. Dame arrived to the game carrying the kicks in a custom bag and warmed up in the shoes pregame. 10 of these limited edition shoes were produced and seeded to influencers as a way to promote the launch of the new season. One of the pairs were sent to Kustoo, who can be seen unboxing them below -

Furthermore, I was tasked with coming up with creative and experimental methods of promoting the show, for which I worked on an augmented reality filter featuring Game of Zones character which was used and promoted around the launch part for the first episode of that season. The filter saw higher than average usage rates and was used and engaged with by more people than even attended the launch party. This was one of our first experiments in AR and led to a myriad of other more interactive experiences as we delved deeper into the platform.

Try out the Game of Zones Augmented Reality Filter.